Why did Europe Colonise the New World and not the other way around ? 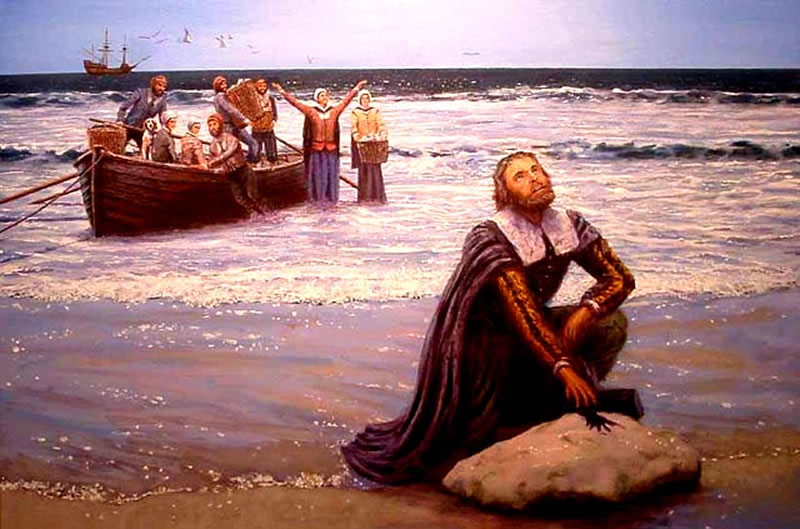 In a Nutshell :  Europe colonized the New World, and not the other way round, because the Eurasian continent runs from east to west and the Americas run from north to south. *

* This is the theory put forward by by anthropologist Jared Diamond – of course conjecture on such a broad subject is always going to be open to interpretation.

The Colonisation … in brief

Before we look at why Mr Diamond makes such an assertion let us rewind a bit and look at how the colonisation took place in the first place.

In 1492 Christopher Columbus reached the New World and started claiming chunks of it for his Spanish patrons. Over the following centuries European powers and colonists from Europe took control of all of North and South America, and went on to colonize Africa, Australia and Oceania. Most of these places played host to mighty kingdoms and empires their own at one time or another – indeed the Spanish crushed the Aztecs and Inca, two of the greatest empires in history, in their oen conquest of Central and South America. So why did Europeans colonize the rest of the world, and not vice versa? 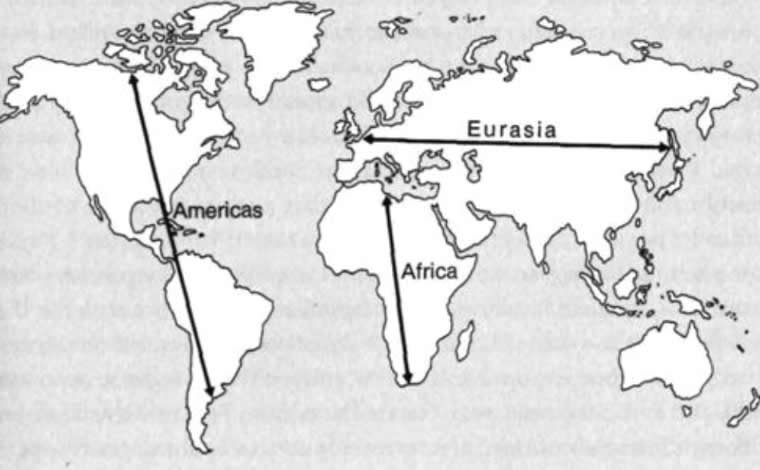 The answer may be linked to the shape of the continents, according to the bold theory of geographic determinism proposed by anthropologist Jared Diamond. He maintains that the shape of the continents meant that Europeans had more advanced technology and worse diseases than Native Americans, and that is why Europe colonized the New World instead of the other way round. 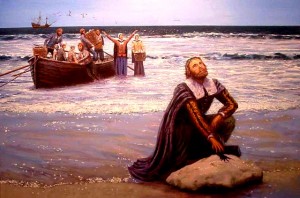 In the Americas, on the other hand, the north-south axis is much greater than the east-west axis. It is around 17,000 km (10,500 miles) from Prudhoe Bay in Alaska to Tierra del Fuego
in Patagonia, but only 4,654 km (2,892 miles) from Point Arena, California to West Quoddy Head, Maine, the widest part of the continental United States.

An important innovation was the domestication of large animals such as horses, camels and cows. Thirteen different species of large animal were domesticated in Eurasia, compared to just one (llamas) in the Americas, and none at all in Africa. The eastwest orientation of Eurasia was crucial: it is possible to ride a horse from Spain to China, but a horse will die of disease and overheating if you try to ride it from Algeria to South Africa.

Why is this important? It means that the main axis of Eurasia crosses many degrees of longitude but stays within a narrow band of latitudes, but the main axis of the Americas crosses a very wide range of latitudes. Climate tends to vary most across latiudes i.e. along a north-south axis – whereas if you stay at the same latitude you can cross many degrees of longitude without much change in climate.

In other words, Europe, the Near and Middle East, India and China all share broadly similar climate and ecology. Climate and ecology vary massively as you travel from Canada through the Mississippi valley to Central America and Amazonia and’on to the Argentinian grasslands. Africa also has a similar north-south axis to the Americas, and a similarly wide variation in climate and ecology.

This has had massive implications for the development of human society and health. In Eurasia, technological and cultural innovation were able to spread easily from medieval China to Europe. This is how Europe got hold of world-changing technology such as paper and gunpowder. In the Americas and Africa, it took a very long time for innovations such as metalworking and new crops to get
from one empire to another.

As a result, all of the largest empires in world history have been Eurasian. The sixth biggest empire in history, the Ummayad Caliphate of around 750 AD covered 13 million km2, whereas the largest pre-columbian American empire, the Inca empire in 1527, covered just 2 million km2. 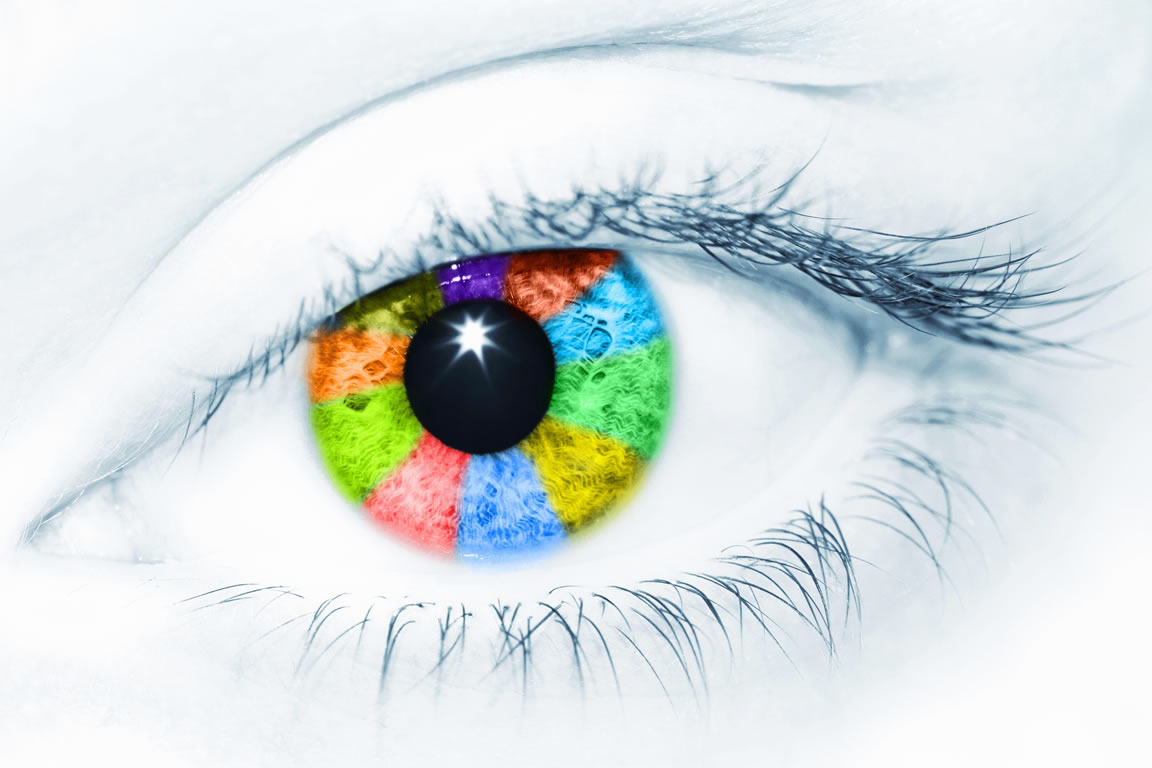 Can the Blind See ? 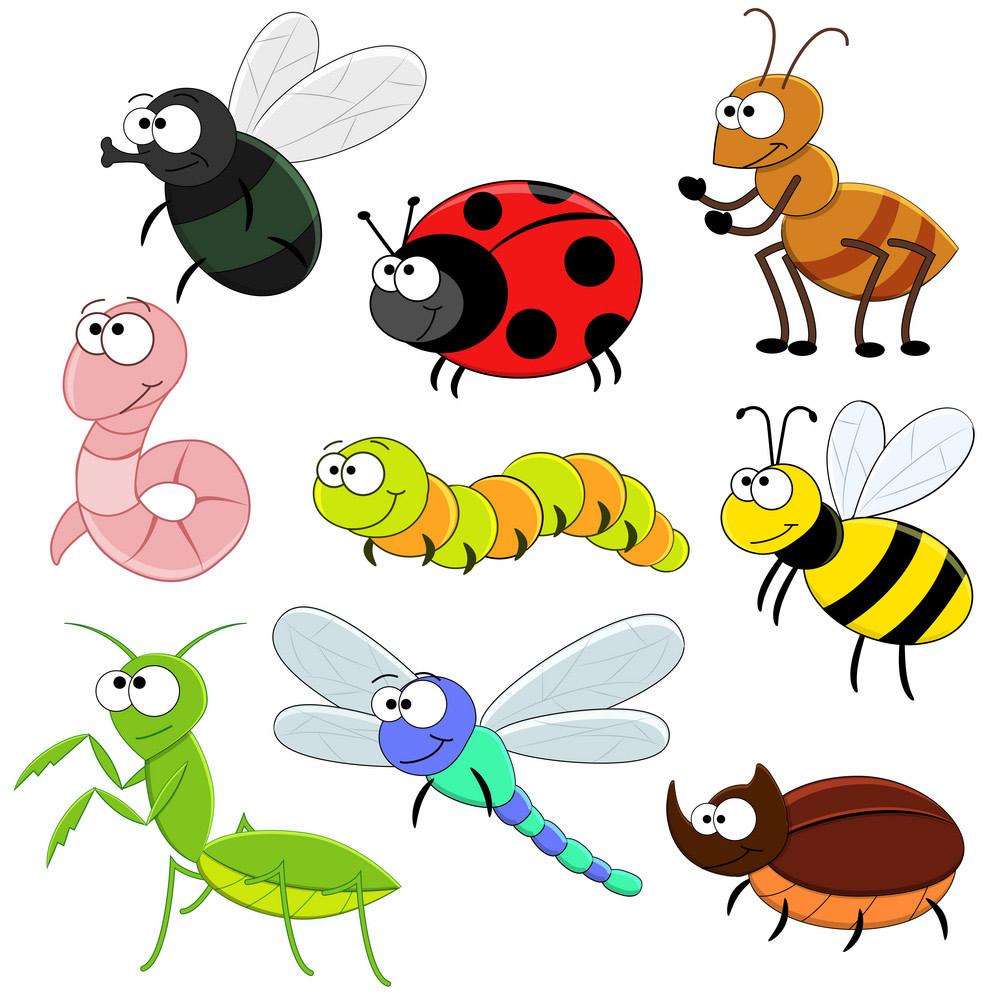 Would You Eat Insects to Save the Planet ?