From the 10th century Athelston to our very own Elizabeth II, the history of the British monarchy is one of religious conflict, political intrigue, invasion, love, murder, gluttony and colourful connections. Here’s a time line of them all.

The first to call himself King of England, he liked to collect relics, entertain foreign dignitaries at court and to hunt.

A prolific legislator, he made the first laws to punish burglars. He also left Glastonbury to Dunstan, who founded the first Benedictine monastery in England there.

He may have been disabled – he was described as having a “weakness of the feet”. In his final years he lost the ability to chew and had to spit out food that he couldn’t swallow.

He succeeded his uncle aged 15 and set about asserting his authority over his family and the Church. He was notorious for having left his own coronation feast in order to pursue a dalliance with his stepmother’s daughter.

The second son of Edmund I, he was married three times, to Ethelfled, Wulfryth and Elfrida. His second son by Elfrida became Ethelred the Unready.

The perhaps illegitimate son of King Edgar, he was murdered by servants as he arrived to visit his half-brother Ethelred and his stepmother at Corfe castle.

He faced Viking attacks in the 980s and fled to Normandy after an invasion by Sweyn Forkbeard in 1014. When Sweyn died, Ethelred was recalled as king and forced Canute, Sweyn’s son, to flee to Denmark. When he died his son Edmund Ironside took the throne, but died shortly afterwards.

He was also king of Norway and Denmark. His repeated conquests across Europe made him one of the most powerful men of his time. He was also a staunch Christian and is reputed to have sat on the beach ordering the tide to turn back in order to prove to his followers that unlike God, his powers were limited.

Harold was the son of Canute and Elfgifu. But they were never married and it was rumoured that he was really the son of a shoemaker and was sneaked into the room during a staged birth.

He arrived with a fleet intending to dethrone his half-brother Harold in 1040 but found that he was already dead, so his landing was unopposed. He himself died not long after while drinking at a wedding.

A patron of the church, he was canonised in the 12th century. He saw the rebuilding of Westminster Abbey and reportedly remained a virgin his whole life, refusing to sleep with his wide Edith who called him “father”.

Tall and handsome, he had no blood right to the throne but was named successor by his brother-in-law, Edward the Confessor. He was the first English king to die on the battlefield, from an arrow in the eye at the Battle of Hastings.

After victory at the Battle of Hastings, he faced repeated rebellions against his government. He became known as William the Conqueror after his death, and was responsible for the Domesday Book.

Nicknamed Rufus. His elder brother Robert (known as “short legs”) inherited Normandy, and the brothers fought throughout the next decade for each other’s title. He was killed by an arrow through the lung in the New Forest.

He became king after his brother Rufus’s death, promptly defeated his brother Robert and imprisoned him for life in Cardiff castle. Two of his sons were drowned on The White Ship and the devastated king eventually named his daughter Matilda as his successor.

Henry I’s nephew fought Matilda for the throne in a messy civil war that ended in a compromise: Stephen would reign but Matilda’s son Henry would succeed him. He died a year later.

Henry restored order to England and had dominion over most of the British Isles and much of France. He was described as being boisterous and full of energy. His chancellor and friend Thomas Becket was brutally killed, and his own family were treacherous.

Though remembered as a national hero, Richard the Lionheart spent most of his reign abroad, seeing England as a source of funding for the defence of his territories in France and for his crusade.

King John has perhaps the worst reputation of all the kings – said to be cruel, lazy and petulant. He lost most of the English territory in France and his barons forced him to sign the Magna Carta in 1215 to limit his powers.

Henry III was only nine years old when he became king, and went on to reign for more than half a century. Known as pious but politically ineffectual, he faced a rebellion from his barons, led by the French Simon de Montfort.

Nicknamed Longshanks, he invented the title Prince of Wales and was responsible for the Model Parliament of 1295. He was obsessed with bringing Scotland under his dominion, but died on his way to fight Robert the Bruce in 1307.

Tall and handsome like his father but with little authority. He lost Scotland to Robert the Bruce and his wife Isabella to Roger Mortimer and together they had him murdered in 1327 with the aid of a red-hot poker.

Edward banished his mother to Norfolk and executed her lover, Mortimer. His 50-year reign restored good relations with the barons, but he faced war with France and the Black Death of 1348-1350.

A patron of Chaucer, he was a cultured monarch and responsible for defusing a difficult moment during the Peasants’ Revolt of 1381. But he was despotic and unpopular and died in prison, possibly of starvation.

The son of John of Gaunt, Richard II’s uncle, he had a tenuous claim to the throne after seizing it with little support. His reign was plagued by rebellions, and he was responsible for the execution of the Archbishop of York.

A skilled soldier, he led his army to the iconic victory of the Battle of Agincourt during the Hundred Years War. He died, however, without ever wearing the French crown.

First became king at only nine months old. The Wars of the Roses between the houses of Lancaster and York found him captured, restored as king, re-captured and murdered in the Tower of London.

The first king of the House of York. By the end of his life he had a huge appetite for women and food and grew fat and lazy. He died unexpectedly, leaving the treacherous Duke of Gloucester in power.

Shakespeare would have you believe he was one of the most villainous kings that ever ruled, but he was also a courageous soldier and a pious husband and father. He was the last of the medieval kings.

First monarch of the House of Tudor, he won the throne after defeating Richard III at the Battle of Bosworth Field.

Established the separation of the Church of England from the Roman Catholic Church. Of his six wives, two were beheaded. Aged 50, he had a 54in waist and had to be carried around in a chair.

Crowned king at the age of nine, he was the first monarch to be raised as a Protestant. Died at the age of 15, possibly from tuberculosis.

Marched an army to London to claim the throne and became England’s first undisputed female ruler. Tried to re-establish Roman Catholicism in England. Earned the nickname Bloody Mary after having up to 300 Protestants burnt at the stake.

One of the world’s greatest monarchs, the protestant Queen faced Catholic plots to install her cousin the Catholic Mary Queen of Scots on the throne. When Mary was beheaded, Phillip II of Spain lost hope of placing a Catholic Queen on the English throne and launched the Spanish Armada, defeated by the English navy.

The Scottish king became King of England after Elizabeth’s death. He survived the Gunpowder plot of 1605 and disliked smoking, being responsible for the first anti-tobacco publications.

Charles’s insistence on the divine right of kings led to a civil war between the Royalists and the Parliamentarians, led by Oliver Cromwell. He was captured and beheaded.

After Cromwell’s death and an 11-year interregnum, Charles II was called to power. His court was known for its frivolity but he had to deal with parliamentary factions, a naval war with the Dutch and suspicion of his sympathy for Catholicism. He converted on his deathbed.

The second son of Charles I, his Catholicism caused opposition. He faced domestic uprisings and the invasion of William of Orange, his son in law, in 1688. He fled and later lost the battle of the Boyne in 1690.

The only joint British monarchs, they were both Protestant. He was a short, black-toothed man and Mary didn’t want to marry him but they grew close and stayed that way until her death.

After the Act of Union in 1707, Anne became the first ruler of Great Britain. An extremely stout woman who presided over a famously elegant age, she had to be buried in an almost square coffin.

The House of Hanover

When Anne died without an heir, the Act of Settlement decreed that the nearest suitable Protestant should succeed her. This was George, the first of the Hanoverians, a German princeling with poor English who proved an unpopular King.

He spoke English with a heavy German accent, and married the charming, and Protestant, Caroline of Ansbach who helped make the Hanoverian dynasty popular.

Saw victory in the Napoleonic Wars, a growing empire, the Industrial Revolution and the loss of the American colonies. He suffered from bouts of “madness”, probably bipolar disorder, which marred his later reign.

Known as the Prince Regent, or “Prinny”, he was accomplished, profligate, sexually voracious and very, very fat. Thanks to him we have Buckingham Palace, Regent’s Park and Brighton Pavilion.

The third son of George III, he was the oldest British monarch to succeed the throne. His reign was brief but he presided over the highly significant Reform Bill of 1832. He was a colourful character, fathering 10 illegitimate children, and was a friend of Nelson’s.

The longest reigning monarch in British history, she saw Britain temporarily become the richest country in the world, thanks to improved industry. She was passionate about her husband, Prince Albert, and briefly withdrew from public life after his death in 1861.

The House of Saxe-Coburg Gothe

Known as Bertie, Edward’s louche lifestyle disappointed his mother, Victoria. When he became king he proved to be a good diplomat, signing the Entente Cordiale with France. Domestically, he disapproved of the suffragettes and the growing (newly formed) Labour party.

The First World War found him at war with two of his first cousins – Tsar Nicholas II of Russia and the German Kaiser Wilhelm II. He was the only one of those three to survive the First World War as monarch. He adopted the name Windsor in 1917, replacing Saxe-Coburg-Gotha because of wartime anti-German feeling.

He abdicated within 11 months to marry American divorcee Wallis Simpson. His public image was that of a playboy; well received abroad, he was made governor of the Bahamas during the Second World War.

The second son of George V, he didn’t expect to be king, and served in the Navy. When Edward abdicated he cried on his mother’s shoulder – shy, with a stammer, he became a surprising figurehead during the Second World War, remaining in London during the Blitz.

Twenty million people watched her coronation on television, signalling the start of a new era of a very public monarchy. She is an animal lover (she has owned more than 30 corgis, and breeds thoroughbreds) with a reputation for dedication to her royal duties. She is five years away from becoming Britain’s longest-reigning monarch. 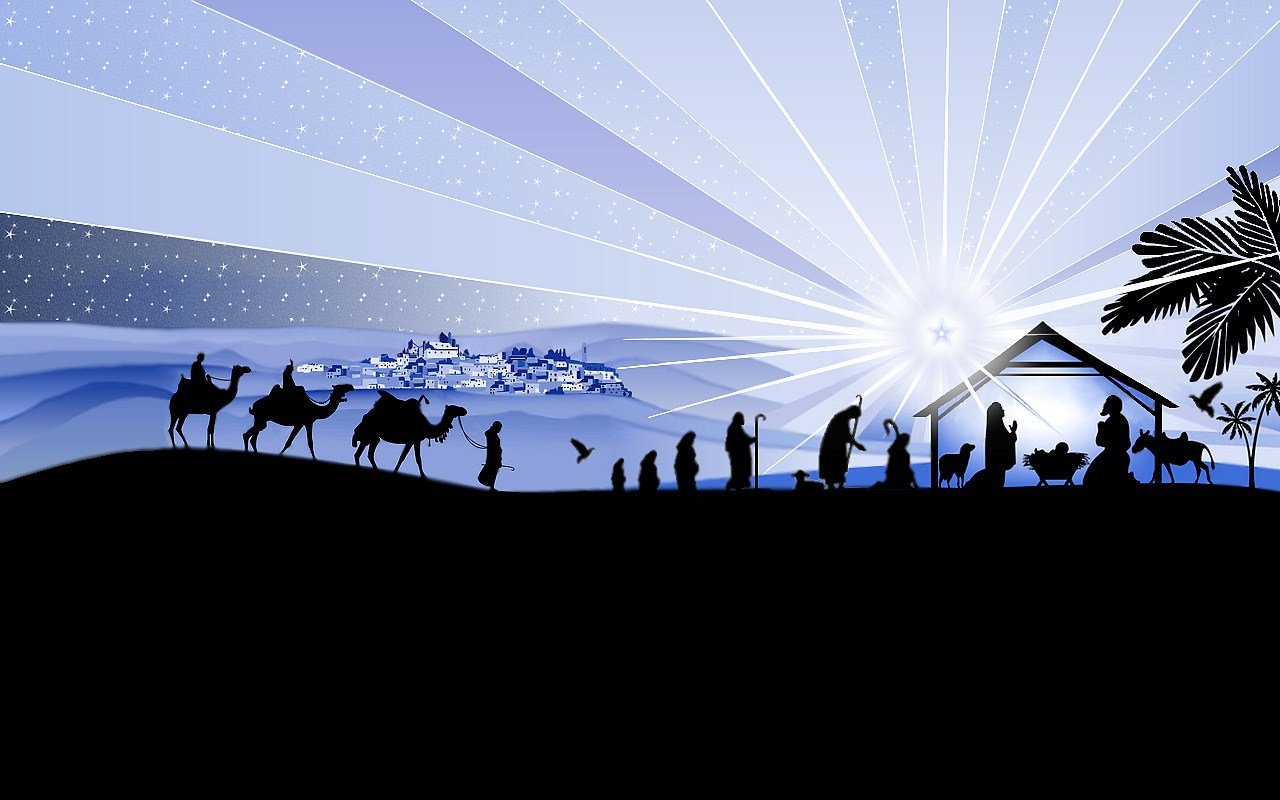 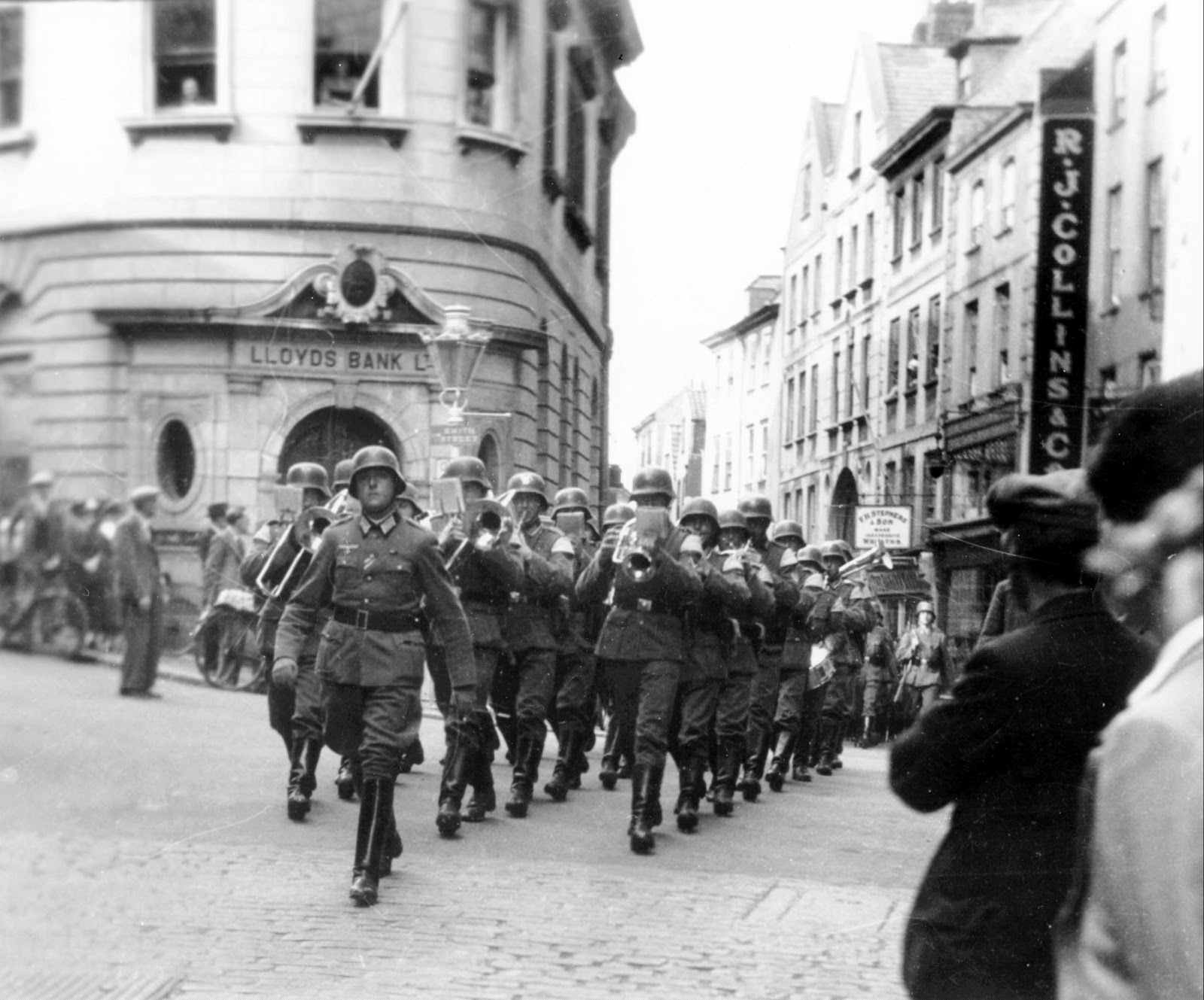 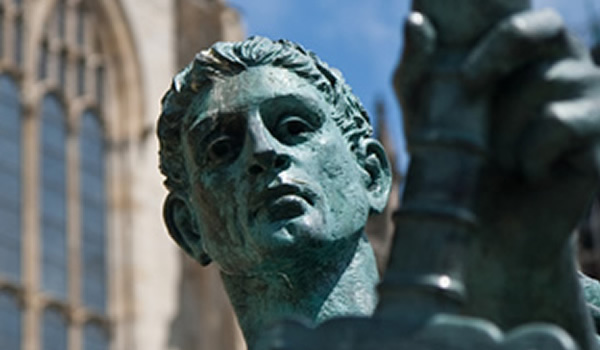